Also this study focuses on Foreign Direct Investment (FDI) inflows and how they are linked with the economic indicators in Turkey including the Real Effective Exchange Rate (REER), and Gross Domestic Product per capita of Purchasing Power Parity - GDP (PPP) in Turkey. The GDP (PPP) variable is used because it shows significant causality on REER, along with the exchange rate volatility of the U.S Dollar in the Turkish stock market.

In Turkey, Various macroeconomic policies and reforms have been embarked upon by government aimed at attracting FDI into the country, but these efforts have appeared to be futile going by the low and unsteady behavior of the level of foreign direct investments. This has become a source of worry to all concerned. Therefore, this work was set out to investigate the impact of macroeconomic policy variables on Foreign Direct Investment Inflow in Turkey. Data for the study were collected from the Central Bank of Turkey statistical bulletin (1994 – 2018). Variables examined were exchange rates, inflation rates, interest rates, government deficit. Findings revealed that all the explanatory variables jointly impact on foreign direct investment inflow. Government deficit, exchange rates have a significant positive effect on FDI in Turkey. Therefore, Government should evolve sound policies that would strengthen the attraction of Foreign Direct Investment Inflow in Turkey by paying more attention to the identified macroeconomic policy variables. The variables have shown to be a vital tool that could be used to encourage the inflow of FDI into the country. The research recommends that there is need for the creation of friendly and enabling environment for FDI to thrive in Turkey.

This work is licensed under a Creative Commons Attribution 4.0 International License. 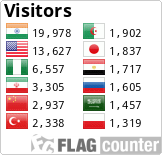